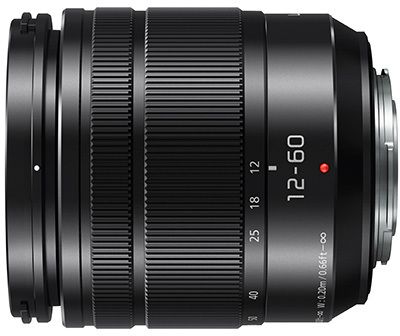 Built to excel in a range of environments, this is the perfect lens to deal with any unexpected shooting opportunities while out with your camera. Combined with its compact size, this makes the new LUMIX G VARIO lens a great option for everyday use, whether at home or on your travels.

The aperture consists of seven blades forming a round opening, which produces a beautiful bokeh effect in the out-of-focus-area.

To offer optimal performance of autofocus in fast shooting and 4K-modes, the lens incorporates an inner focus drive system and stepping motor, delivering a focussing speed of up to 240 frames per second (fps). This ensures smooth, silent operation with the LUMIX G’s high speed, high precision contrast AF.

The integrated POWER O.I.S. effectively compensates for any hand-shake movements, making it easier to take photos in low-lit environments. The lens also works with a Dual I.S. system when mounted on a compatible Panasonic LUMIX G camera, such as the GX8.