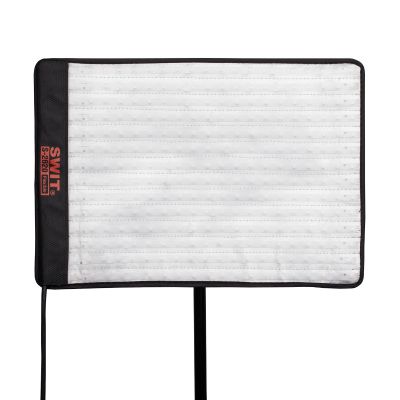 Flexible SMD-LED Light
S-2620 is a flexible LED light with 280pcs SMD surface mounted LEDs, and can be curved to any shapes to output 10°-360°various lighting angles, which can be widely used on field video production especially the lighting in narrow space.

Rain-proof Fabric - For outdoor using
The flexible fabric has rain-proof cover to protect the LED from water during outdoor using. And the fabric is easy to clean by water.